Mighty mic in a small package.

Introducing...the DPA 6060:
The 6060 Subminiature Lavalier is the latest microphone from DPA's new range and features the Core technology and a 3mm (0.12”) chassis (even smaller than the 5mm models).

Basically, it's an awesome-sounding mic with a range of uses in the studio.

DPA Microphones, a Danish company, who recently celebrated their 25th anniversary, has a history of excellence in audio engineering (an ancestry to the 1950's) specifically microphones for theatre, film, orchestral and live applications for which they are world-renowned.

The 6060 has a stainless-steel body coated with PVD (Physical Vapour Deposition), a water-repellant coating. It features a modular adapter to fit with most wireless systems and also an XLR (and other wired adapters). DPA has a full-range of modular systems to meet all needs and requirements.

'Subminiature' refers to 'smaller than miniature' or 'compact' – a more familiar use in the recording studio is D-Sub or D-subminiature, where connections are compacted into the familiar D-shaped socket. 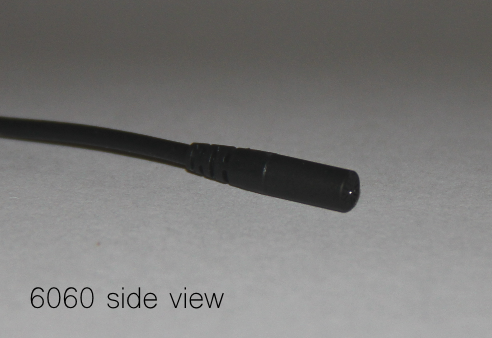 'Lavalier' originally referred to a stone/jewel worn as a pendant on a chain around the neck, close to the body and named so after the Duchesse de La Vallière (1644-1710). 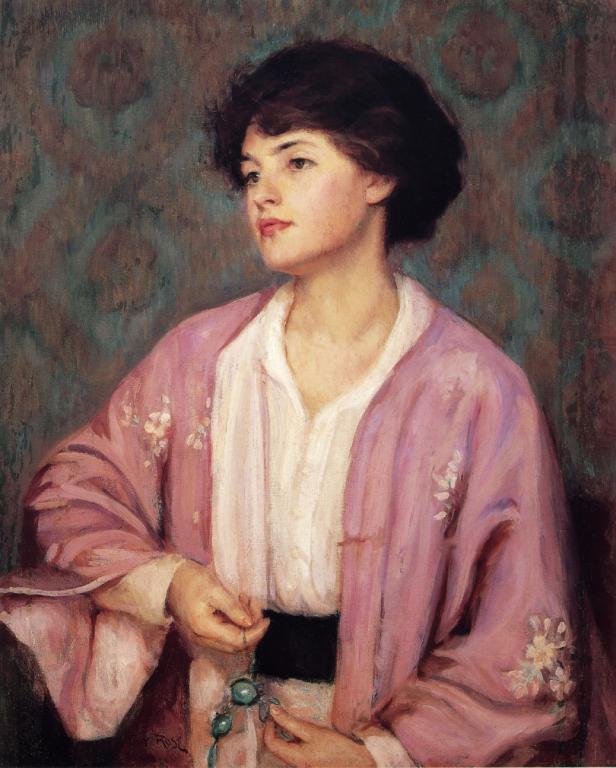 A lavalier microphone, has the compactness and body-worn position of the pendant but it's use is that of concealment and proximity to source, valuable attributes for theatre and stage. Lavalier (body worn) mics also have a range of uses outside of the Arts: in industry and commerce – telephonists, public service, and factories, anywhere where hands-free operation takes place.

There are several types of fixing for lavalier or 'lav' mics such as a clip or tape and they can be worn on chest (clothing), collar or lapel, in the hair/wig, or on a body/neck mounted frame.

DPA have all the bases covered and their website is well worth checking out to discover the range of mounting gizmos available. 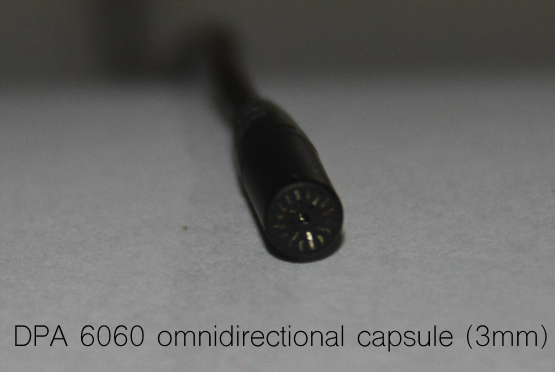 All The World's A Stage:
The lavalier style is perfect for broadcast and theatre where the mic needs to be discreet (or even invisible) but the compact form also has uses for studio work: either for broadcast e.g. film/video or for performance, where the unobtrusive design allows the performer freer range of movement and focus on instruments or activity e.g. dance/eurythmics.

Being a Gearslut and musician, I was aware that DPA also made 'studio gear' with a range of high-quality instrument microphones. Of course, it wouldn't be a Gearslutz review without a primary focus on sound and it is a great personal honour to be reviewing DPA microphones given the company's long history of audio excellence and prominent position as a global brand in professional audio applications.

The big advantage, from my perspective, is to be able to position the mic – either on my body/clothing or, for example, on a mic stand or instrument. The 6060 offers flexibility across a range of studio scenarios: vocals primarily in addition to playing instruments such as guitar or keyboards. DPA offer bespoke solutions for attaching to various instruments but the lavalier system is pretty flexible and can undertake a series of roles.

Last year I was fortunate to have some time testing the 5mm models (which can be heard on acoustic guitar and vocal in the Aston Spirit review) and got great results so I was looking forwards to testing this improved design and more compact form. 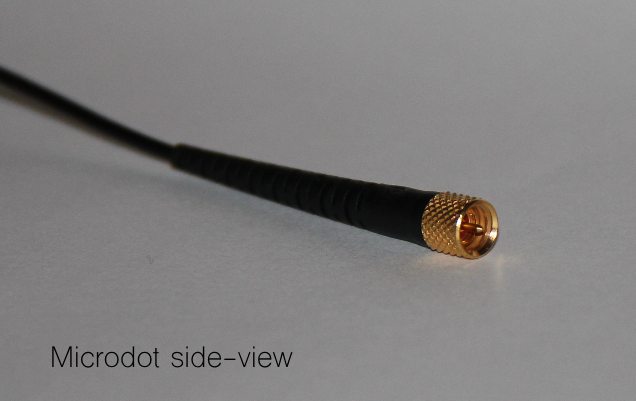 Whatever the specs say in comparison to other mics, the important points are the audio quality and ease-of-application.

The 6060 has a microdot connector requiring either microdot-capable gear or an adapter (microdot-to-XLR for the review). I heard no sonic issues with the microdot system and the advantage is in being able to choose from DPA's vast range of wired and wireless connections. 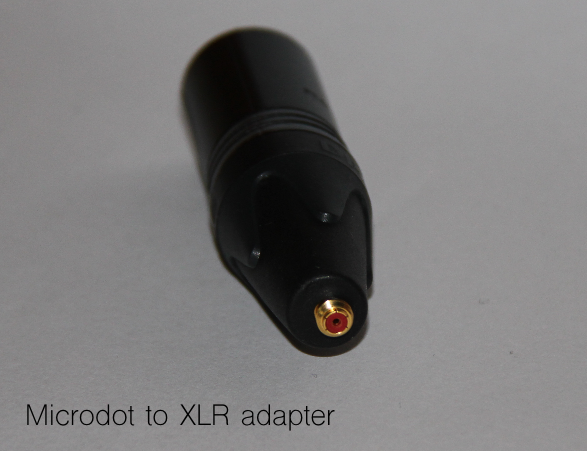 The advantage of the CORE technology is a reduction in distortion between input and output which is a good thing in a mic designed to be used closely. In addition, CORE increases the dynamic range by up to 14dB (@1% THD) resulting in no compromise and similar specs to the larger 5mm models. This increased dynamic range increases the usefulness and applications of the mic. Clarity is also increased.

The PVD coating adds durability; heat tolerance; impact resilience; resistance to abrasion; and water repellancy. The 1.6mm (0.06”) cable has a rugged connection and a tough Kevlar inner core which prevents tangling and strain at the connection points.

The 6060 (and rest of the range) is IP58 certified; a water-repellant nano-coating; hermetic-sealing of inner amplifier; and dual gold-plating of the mic diaphragm which provides resistance against corrosion.

It should survive the typical Gearslut studio then...just, with some room to spare. 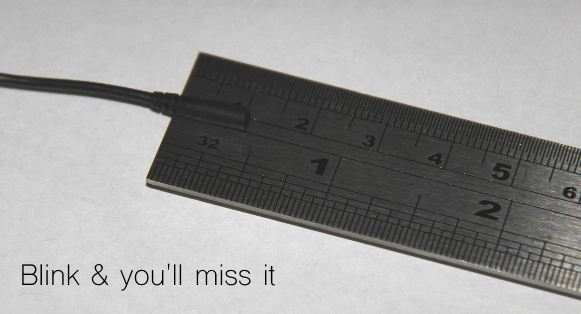 
In Use:
When worn at chest level as a lavalier, a compensation of frequency response is required (e.g. a few dB's at 6-8 kHz) and other responses depending on the positioning although this is greatly assisted by the natural treble boost of the capsule design. The 6060 never sounded harsh.

I discovered this during testing and it took me several attempts to educate myself as to a good position and suitable EQ adjustment to compensate but it didn't sound bad - just a shift in focus compared to the usual studio mics.

Whereas the historical use is generally of concealment of the mic, in the studio we are free to adopt visible placement -either body-worn or, for example, attached to a mic stand or any other object/position including attached to instruments. Similarly, in the studio we have a range of options for fixing the lavalier in position – e.g. a clamp, peg, paperclip or my favourite, non-residue console tape. This opens up the usefulness of the mic beyond it's historical theatrical applications and in a modern, small space studio or a busy larger studio, the compact size offers advantages over larger microphones with stands.

The audio is crisp, clear and detailed (assisted by the 4dB boost at 8-20 kHz) with a reasonable amount of headroom given the 6060's size and form. I didn't hear any self-noise in regular use. 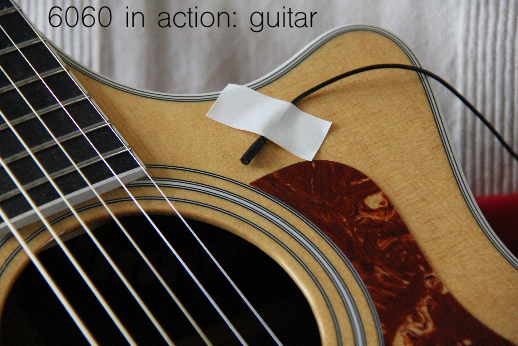 In the studio I tested the 6060 taped onto guitar, wooden flute, harmonica, m'bira, hand percussion and mic'ing amps in addition, gathering some sound samples. Unfortunately I had a short review period so was unable to go deep with vocals but, in general, the 6060 gave a positive impression and definitely a mic I would use for studio recording. We aim to test the headset mic on vocals soon. 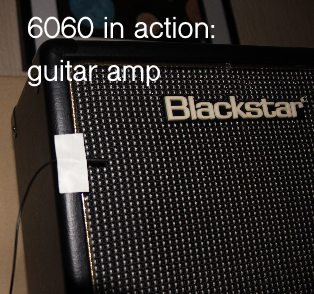 DPA 6060 in action:
All recordings with 6060 via Focusrite Saffire preamp and conversion @48 kHz/24-bit, straight into Propellerhead Reason; no track fx/dynamics; mixbus has SSL-style bus compression then into Ozone and rendered at 48 kHz/16-bit. Reverb from Softube TSAR1 and Spring reverb; and Uhe UhbikA 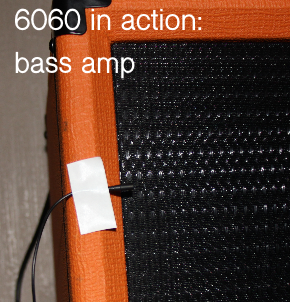 Is there Life on Mars?
DPA mics have been integrated into the latest Mars Mission:
“...NASA has strenuously tested a variety of mics and chosen a selection of equipment from DPA. d:dicate™ 4006 Omnidirectional Microphones will be the Rover's "ears"; attached to the vehicle and paired with MMP-G Modular Active Cables, which will act as ultra-transparent preamplifiers. Inside the body of the vehicle, acting as the auditory part of the "brain", will be a MMA-A Digital Audio Interface. The MMA-A's job is to digitalize the audio in the highest quality and send it to a computer in the Rover through a USB connection. “

You can read more here about the challenges of the Mars mission and the extremes the 4006 omnidirectional mic will encounter: https://www.dpamicrophones.com/nasa 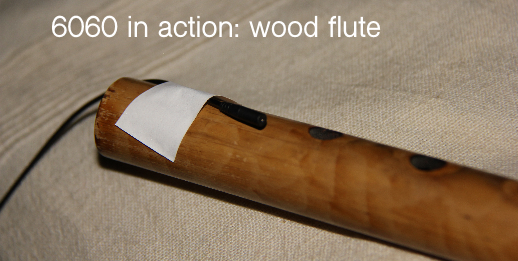 Mission Accomplished:
It is no easy feat to achieve miniaturisation of electronic technology at this quality...and then take this further to subminaturisation. DPA have accomplished this whilst maintaining the sonic and visual character of their original mics over 25 years ago. My impression is very positive – stellar, in fact - and it's great to be able to access this 'off-world' tech for our Earth-bound recording studios. My advice is buy one before the Martians get 'em all. 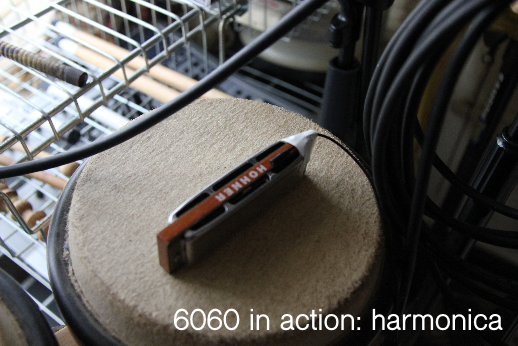 Gearslutz Score:
Sound Quality: 5/5 For this type of microphone (or any other) the sound quality is exceptional and class-leading. Amongst the best I've used or reviewed.
Features: 5/5 Whilst the mic is straightforward DPA's huge range of accessories opens up the 6060 to a range of roles – wired and wireless.
Ease of Use: 5/5 In the context of studio use there is some adaptation and learning needed. Body-worn, EQ is needed to compensate but for more direct mic'ing duties this is less of an issue.
Bang-for-Buck: 5/5 If you need a smaller mic for portability or studio space-saving, then the 6060 represents good value given it's design, quality and DPA's excellent and time-proven reputation. You will need to budget for a microdot-to-XLR (or other) connector. 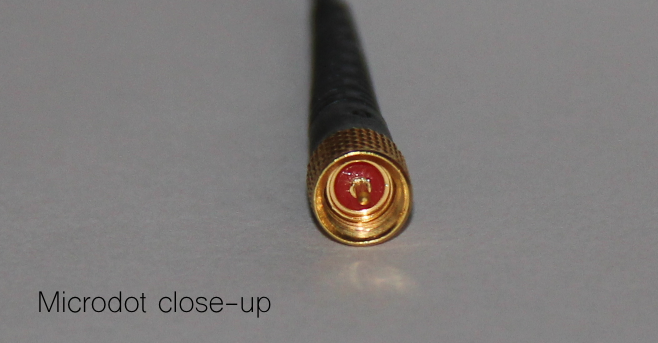