A transparent and fluid optical compressor: easy to use, built well, sounds great on everything - and guitar! Will not mess up your audio. Holds Wray like Kong; firm but not crushing.

Monkey Business:
Let's start with an analogy (or metaphor?): King Kong (the Kongpressor pedal) picks up Fay Wray (your music) the object of his passion and obsession. He holds her tight in his strong grasp but never crushes her; she is not hurt or harmed - maybe a little flustered and thrilled - but not damaged. This is what the Orange Kongpressor does to your audio signal: strong, firm control without over-crushing even at the max settings. The attack and release allows control over Kong's grip on Fay. 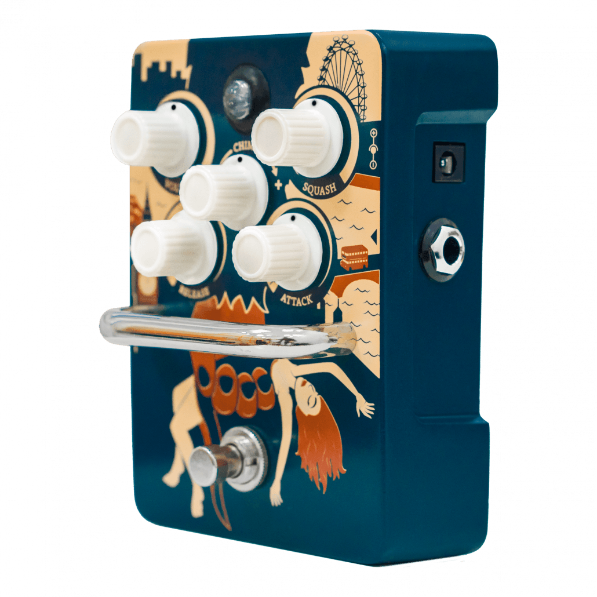 Orange amps:
I first saw and heard Orange amps in the late 60's: I remember pointing and asking: “Mam. What's that?” In the 70's I remember a local musician I admired saying: “I have to get an Orange.” They had a kind of mythical status. Unobtainium on a low-budget in the wilds of Wales. Fast forward to 2014 I start to see Orange amps in the guitar shop and on the web, and later I notice an article and video in which, Ade Emsley, Orange's Technical Director, discusses a new production run of Orange op-amps (as components) and they were for sale.

The Kongpressor pedal specs were of interest too: the LED opto-coupler is a re-issue of the vactrol VTL5C3 which was a very common circuit found in a lot of old gear and heard on “countless hit records.” Ade summarises the stand-out points: the bloom (tail of compression release) has character; transparent but fattening, glossy sheen; even with full compression musicality is retained without loss of 'playing feel.' This is 100% correct.

In addition to the compressor's make-up gain there is another 12dB's of output gain available and this makes the Kongpressor a great utility for a range of electric guitars, basses, electro-acoustics, lap steel, mono synthesizers and other sources, and also as a send/return effect for mixing with a DAW or analogue desk.

Really the Kongpressor is a channel in itself; the gain, filter EQ and compressor have an effective range of signal processing.


I Got the Power:
The Kongpressor's 9 volt battery life is surprisingly good given the 18v internal charge pump. In very simple terms: a 9v supply charges a capacitor (energy holder) and the 9v supply is then quickly 'switched' so the capacitor is now 'in series' (in-line) with the existing 9v supply. Now 18v are available to power the circuit; the greater voltage allows for higher headroom and gain. More info about charge pumps and phase-locked loops at link below. 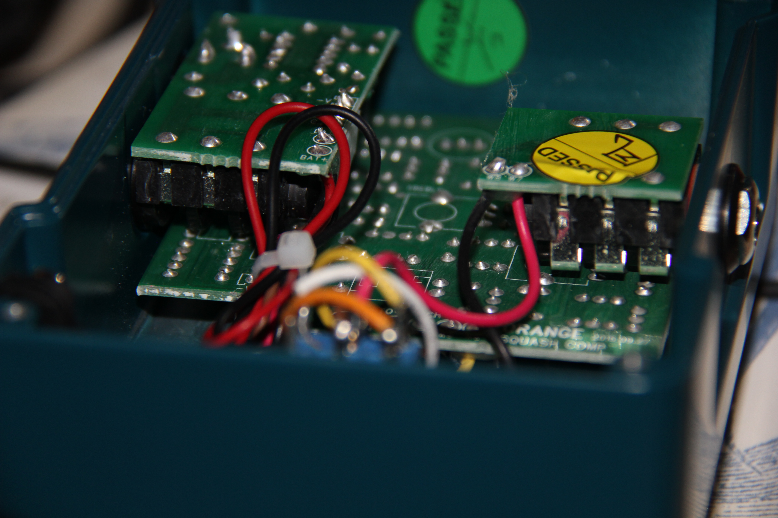 I thought the £5 Duracell battery might take a hit but it performed for days/week as long as I disconnected both audio cables when not in use. My first battery (the one supplied with the unit) went down overnight as I left the cables in! The battery is accessed by removing the baseplate which involves four of the longest screws I've ever encountered. OK bit of an exaggeration but check battery before gig/session; at least it's on securely and you get a chance to look inside at the proficient and mechanically-sound internals. The circuit boards are all quality-controlled and the general design and engineering are first-class for the price. Another example of well-engineered Chinese manufacturing. At no point did anything about the Kongpressor feel loose or wonky. Just solid. 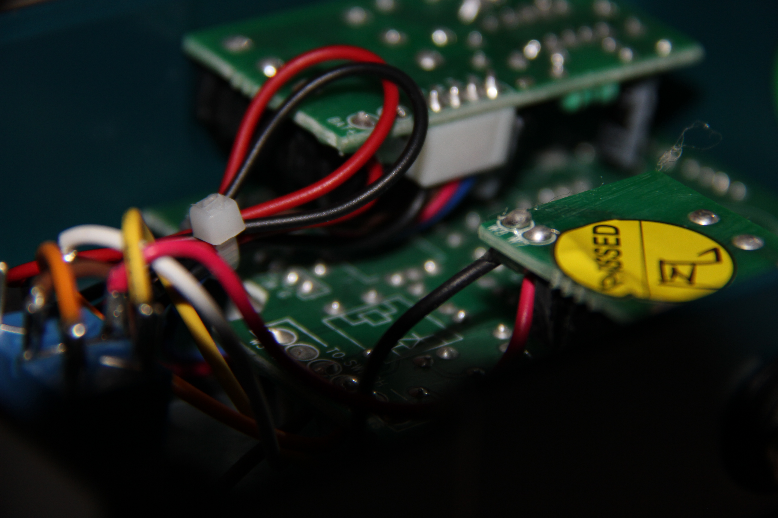 When the battery failed it created an audio signal – a whine; I was relieved to discover no equipment was broken and it was just the battery. The obvious solution is a 9-12v DC power supply and I was able to test this at 12v (maximum) using a Tenma power supply. The 12v signal sounded a lot better (20-30% better) than with the 9v battery alone: more perceived headroom and dynamics, better tone/timbre, more 'analogue,' warmer! 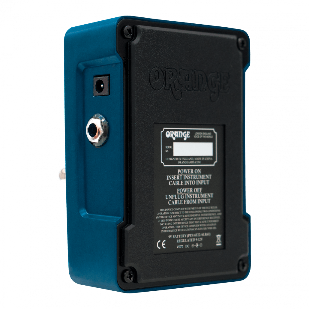 On guitar:
Whilst the Kongpressor can be described in terms of it's tone (light impartial character) it is also very useful when things get dirty and messed up; the dynamic control, like Kong, can be no nonsense. This is obvious into an overdriven or distorted amp. The KP levels the signal, brings out harmonics, and makes the sound more interesting. More fine detail; more for the overdrive and distortion to work with.
Toggling the KP on and off works well for verse/chorus or solo modes and also as a simple boost with a whopping 12dB available. I really enjoyed playing at the clean limit of the amp and then switching on the KP to overdrive the amp slightly.
Although even full Kongpression is relatively benign, the attack and release offer enough range and function to be genuinely useful for fine-tuning. Not into tweaking? Just leave everything at 12 o'clock; it'll sound sweet. The fast attack/release is great for finger-pickin' and the Bakersfield/Tulsa vibe, for country, folk, fast blues, reggae chop; the chime EQ can really brighten things up (or calm them down into the background). Fast attack/slow release holds onto the signal which I liked for Gilmour-esque (in my mind) solos; again the EQ really allows one to fix the right tone. I'd like to use this on heavier rock and punk styles too; the Chime EQ is useful for adding presence and keeping the fizz in the right place for mix time.
I thought my playing improved when using the Kongpressor: the monitor sound I heard was clearer and I had a better sense of connection to the sound. 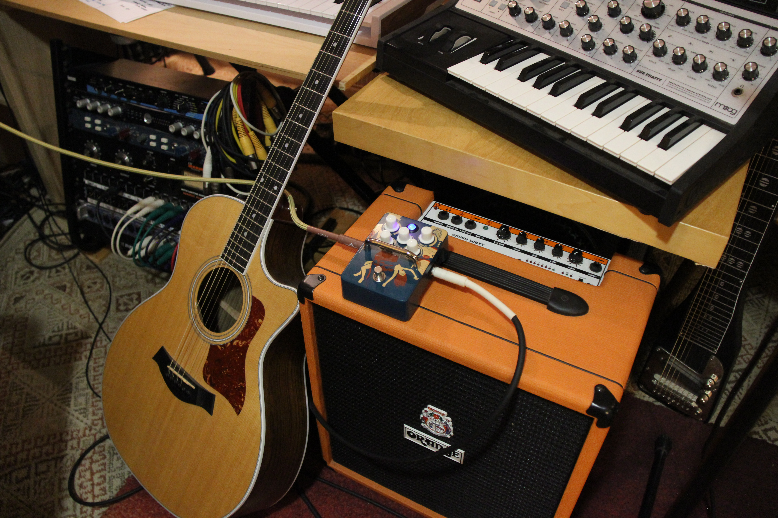 On other instruments:
I liked the Kongpressor on everything: humbuckers, P90's, bass, electro-acoustic, lapsteel, synth and vocals. In all cases the Kongpressor made the source sound better: more articulate, sweeter, clearer and it brought out the harmonics and richness within the source music. The Chime EQ, when set to dark helped to tame overly-bright sources without losing detail and dynamics.

On vocals:
On the track I used a sub-vocal doubling the main; this was the original vocal re-tracked through Kongpressor from the DAW via send/return. I used full compression slow attack/fast release with the chime rolled off for a slightly darker sound. Considering it was an unbalanced IO round trip and the Kongpressor is a guitar pedal as such, I was surprised at how hi-fi the signal was; it makes a great vocal channel for a more punky, fresh vibe but also for a more spring-like vintage sound. It could work in more critical hi-fi vocal applications too. Who knows? It does have an easy vocal presence without being too sibilant. The EQ, although a basic filter, can darken or add 'chime' too.

The video features the Kongpressor on Tele humbuckers, Hudson semi-acoustic p90's and Taylor electro-acoustic; also on the Ibanez SR500 bass through an Orange Crush bass amp; these can be heard on the following track along with a WeissKlang V13 vocal mic with the Kongpressor on a send/return from the DAW (Propellerhead Reason): Ride On

I really liked using the Kongpressor with the Moog SubPhatty monosynth, it added an interesting flavour and tone (also with the Chime EQ) and the compression envelope affected what was emphasised in the Lexicon reverb. Good tweakability and no damage to the source.

Quality Street?
Orange has endowed the Kongpressor with the ability to take 12v and I highly recommend this to add more headroom and definition. In use it can really lift a guitar (or synth) performance.

The only issue I had (apart from the battery run-down noise) was the presence of a small red light inside the blue on/off light; no mention of this in the manual or on-line but experimenting suggested it was either signifying compression or an input or output overload. When I noticed the red light I just backed everything off a dB or two until it disappeared but it didn't seem to have a negative effect on the sound.

With the Kongpressor we're seeing the advantages of trickle-down expertise and tech know-how from the high-end amps into a high-end pedal. It sounds Orange. IME there is a particular character across many of the Orange products but this is due to the Class-A circuitry and design ethos rather than a 'voicing' as such.

The best thing I can say about the Orange Kongpressor is that it has set a standard for how my other hardware compressors (and ITB) should sound and perform. Ade at Orange says “there's something very satisfying about playing through the Kongpressor.” Just add 'it makes everything sound better passing through it without imparting too much of it's own character' and 'it's foolproof' and that's the review done. 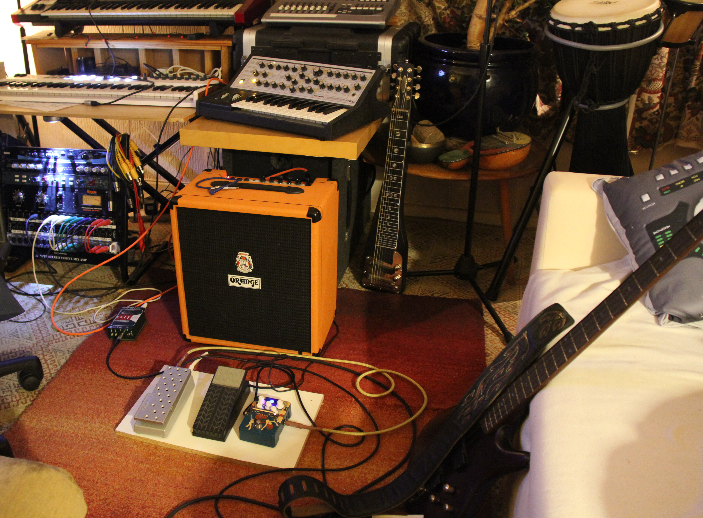 Gearslutz Score
Sound quality: 5/5 Top score with the 12v but performed admirably at 9v (a couple of amp tweaks would negate any obvious difference). For a guitar pedal in general applications it's awesome. Works on many sources; in studio use, like a creamier LA2A vibe under compression but clearer gloss with a hint of character when dialled back but with the output gain up. Sweet sound; didn't find one instance where I wanted to turn it off. The 'chime' and the filter roll-off are musical. The compressor bloom (release curve) isn't muddy or draggy.
Ease of use: 5/5 Foolproof but allowing enough fine tuning to be genuinely useful as a studio tool.
Features: 5/5 Enough to tweak without being a fiddly distraction. Good ergonomics and control layout. Can't think of anything they could have added to the pedal (maybe an on/off display LED linked to the opto-coupler with visual feedback on amount of compression).
Bang-for-buck: 5/5 Very good for the price. Nothing feels cheap, wonky or tinny. Neat internals with good quality components and construction. Built to last. Excellent design and ethos. It'll make everything sound better for £120.

Credits and References:
Thanks to Rob 'The Guitar' Lewis.
Thanks to Voxengo for the fantastic SPAN analyser.
Charge pump - Wikipedia
Articles – Orange Amps
Photos used with permission of Orange Amps; additional photos by Arthur Stone.